The Speak Out: Stop Sex Trafficking campaign aims to:

This project is maintained by and was funded by the Government of Ontario.

The Speak Out: Stop Sex Trafficking campaign website and public education materials feature the work of Indigenous artists. The biographies below were provided by the artists involved in the campaign: 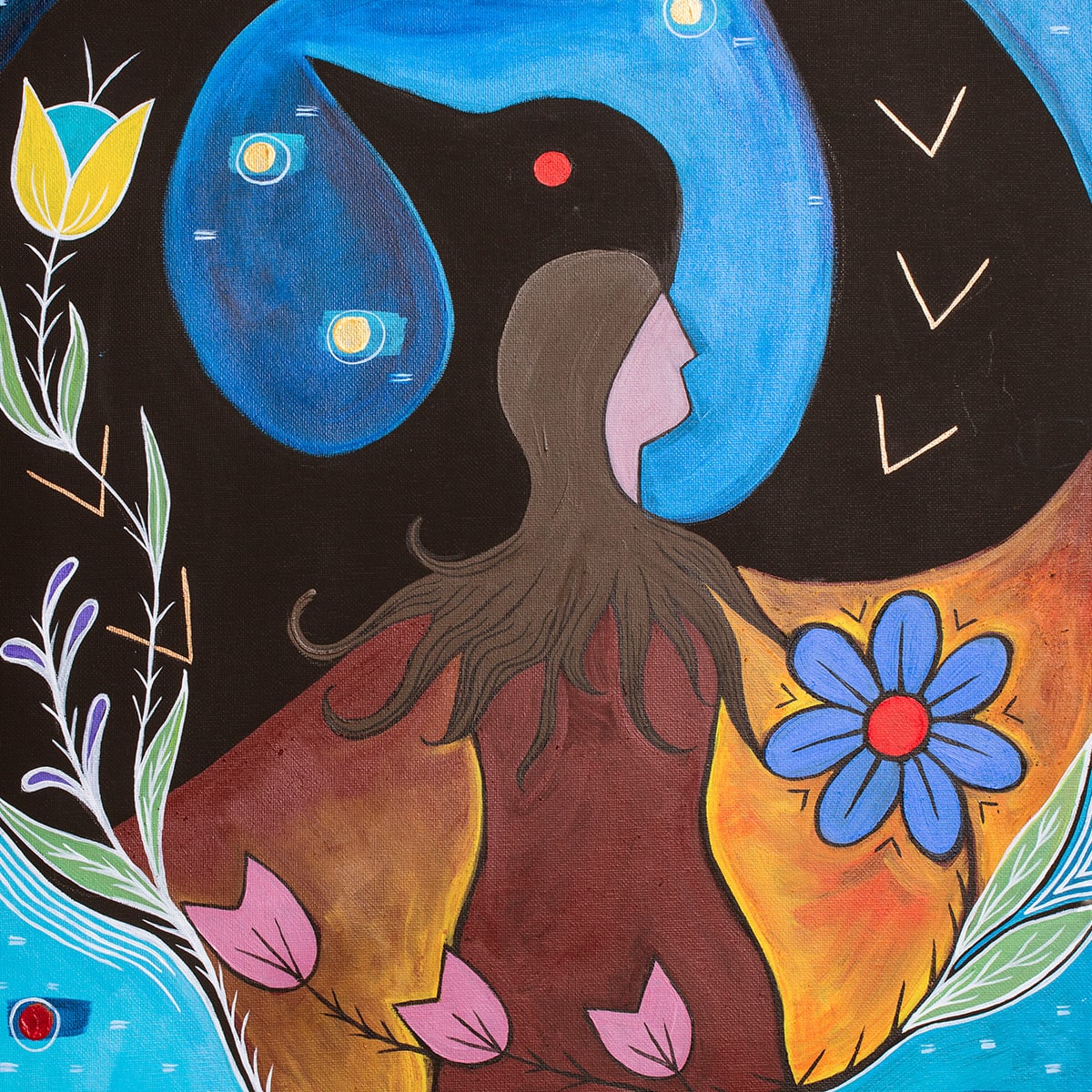 Originally from the small Ojibway community of Pic Mobert, along the northern shore of Lake Superior, Candace holds a bachelor of Fine Art degree from Lakehead University. She currently lives & works in Thunder Bay, Ontario, Canada. 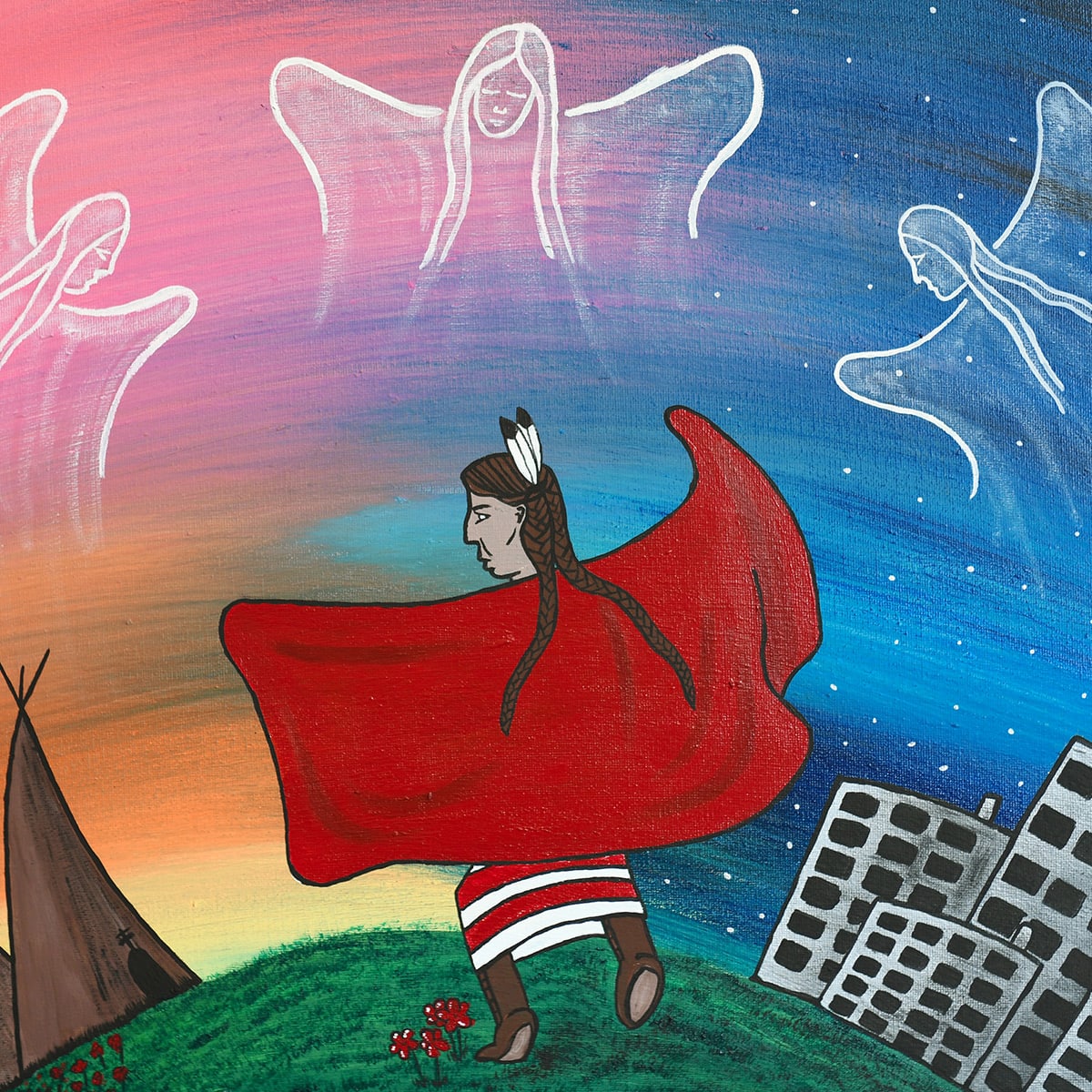 I am a First Nations Woman. I’m 26 yrs old and I’m from Wikwemikong. I have always been a lover of art and creating art. I have been painting with acrylics for 7 years now on and off, but never full time, only as a hobby.

I like to paint things that I personally like, like painting super heroes or favourite cartoon characters. Sometimes I’ll come up with my own original art and paint it out. I’m also trying to paint things I see in my dreams as well.

I’m a really shy, reserved person but I also have strong beliefs, a good heart and I’ll stand for what’s right/important to me – and if I can do that using just my art to bring awareness then that would be amazing and I think it would make my family/community proud. 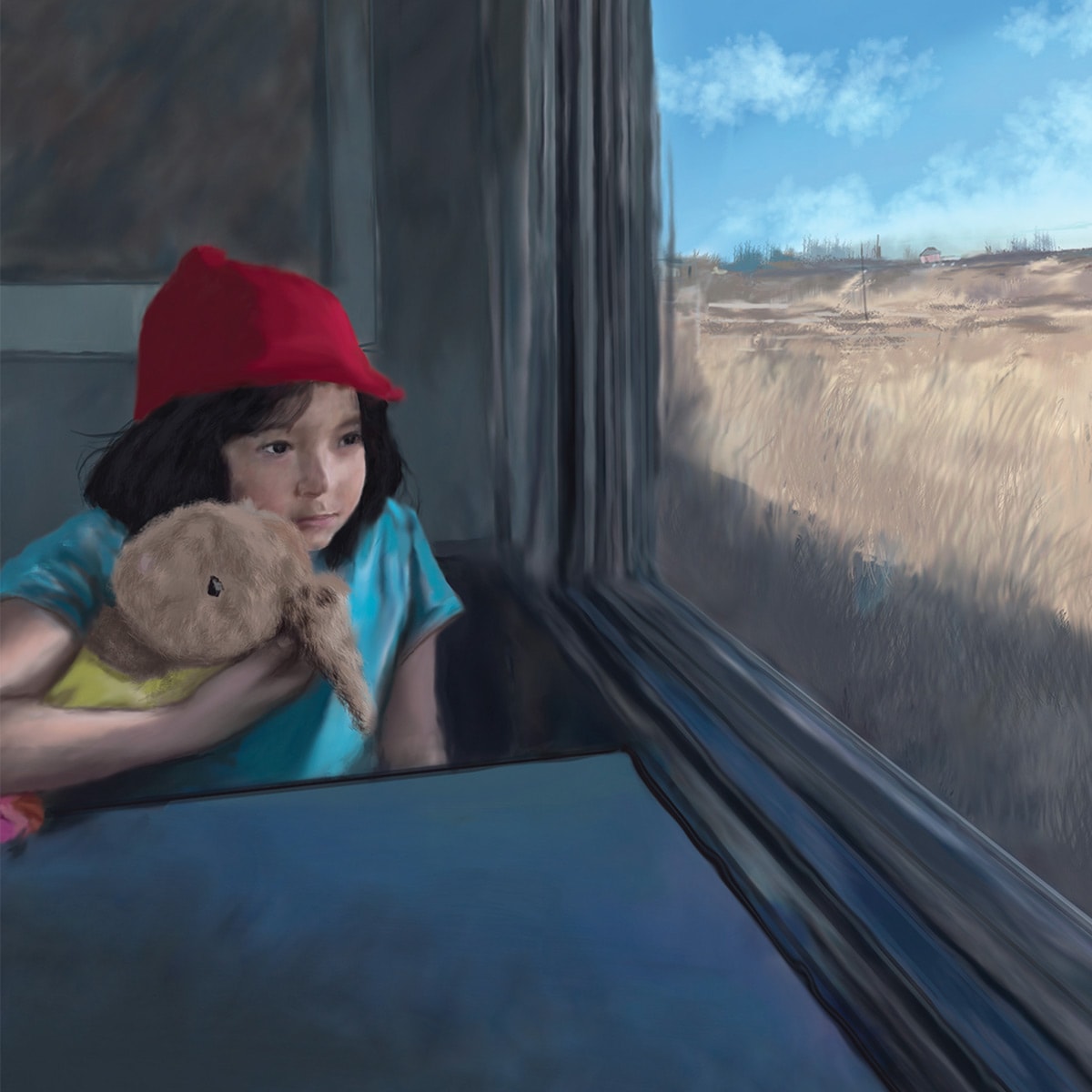 Martha Kyak is a self-taught artist and seamstress. She grew up in Pond Inlet, Nunavut and is the youngest of eleven children. Most of her family members are creative, artistic, and in the field of education. Living in Pond Inlet, Martha had her own retail store selling sewing supplies and other items. Her passion has always been sewing and designing as she grew up watching her mother and sisters sew.

As an artist, she has illustrated several children’s books, as well as graphic designing and producing Inuktitut books and teaching resources. She has been an educator for many years and has had a meaningful career in many positions as a teacher, principal and superintendent. She is currently an instructor at Nunavut Sivuniksavut, teaching Inuit History, Inuktitut, and sewing.

She is a graduate of McGill University. She now lives in Ottawa, giving her more time for her own paintings and designing garments and jewelry, especially incorporating sealskin into her designs. 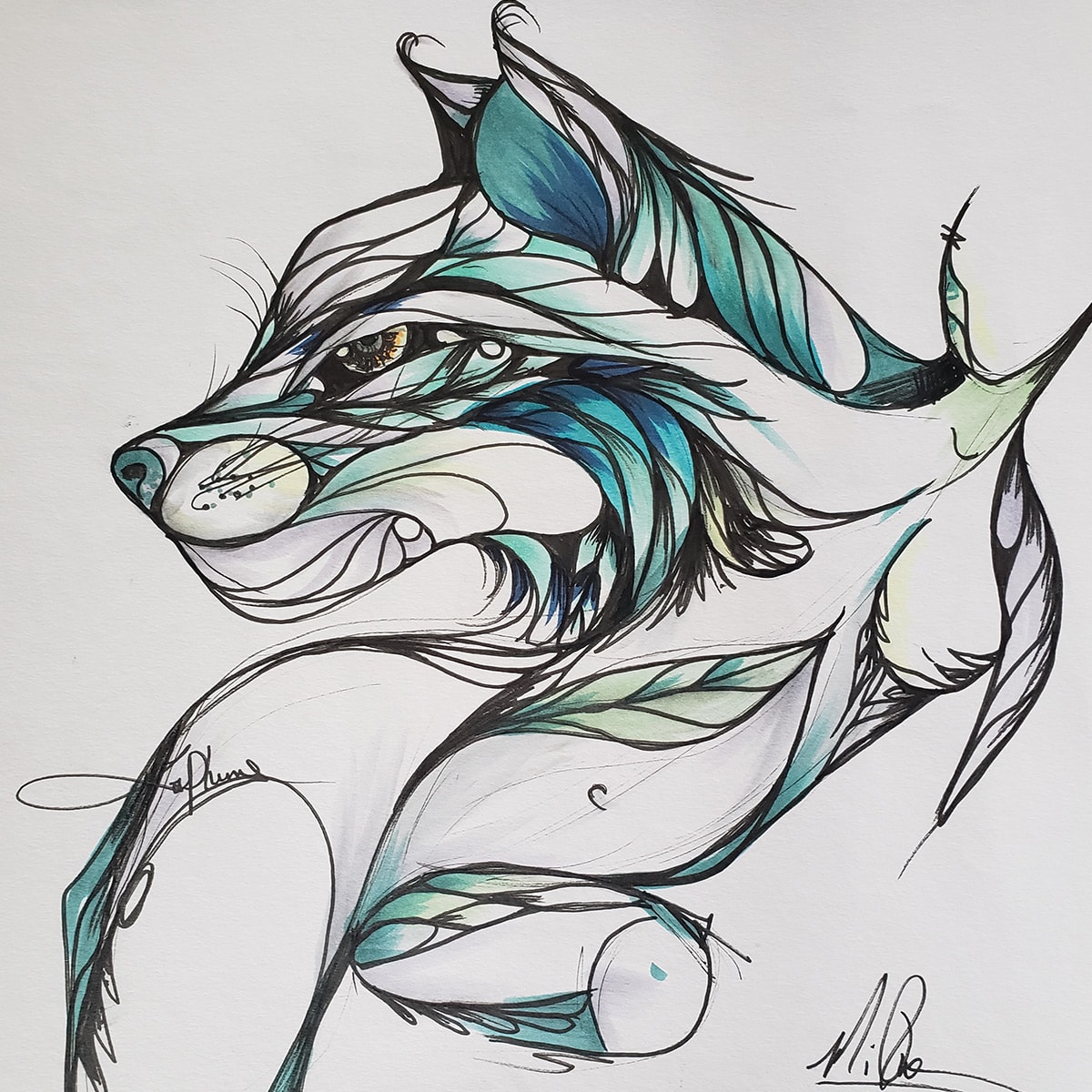 A Franco-Ontarianfrom Field, Mique’s nomadic journeys allowed her to exercise her graffiti from northern Ontario to France. Through her travels and studies at the Ottawa School of Art, she has evolved as a mixed media artist and an active facilitator of the arts in Ottawa. Her work can be seen in galleries, public buildings and in outdoor venues. 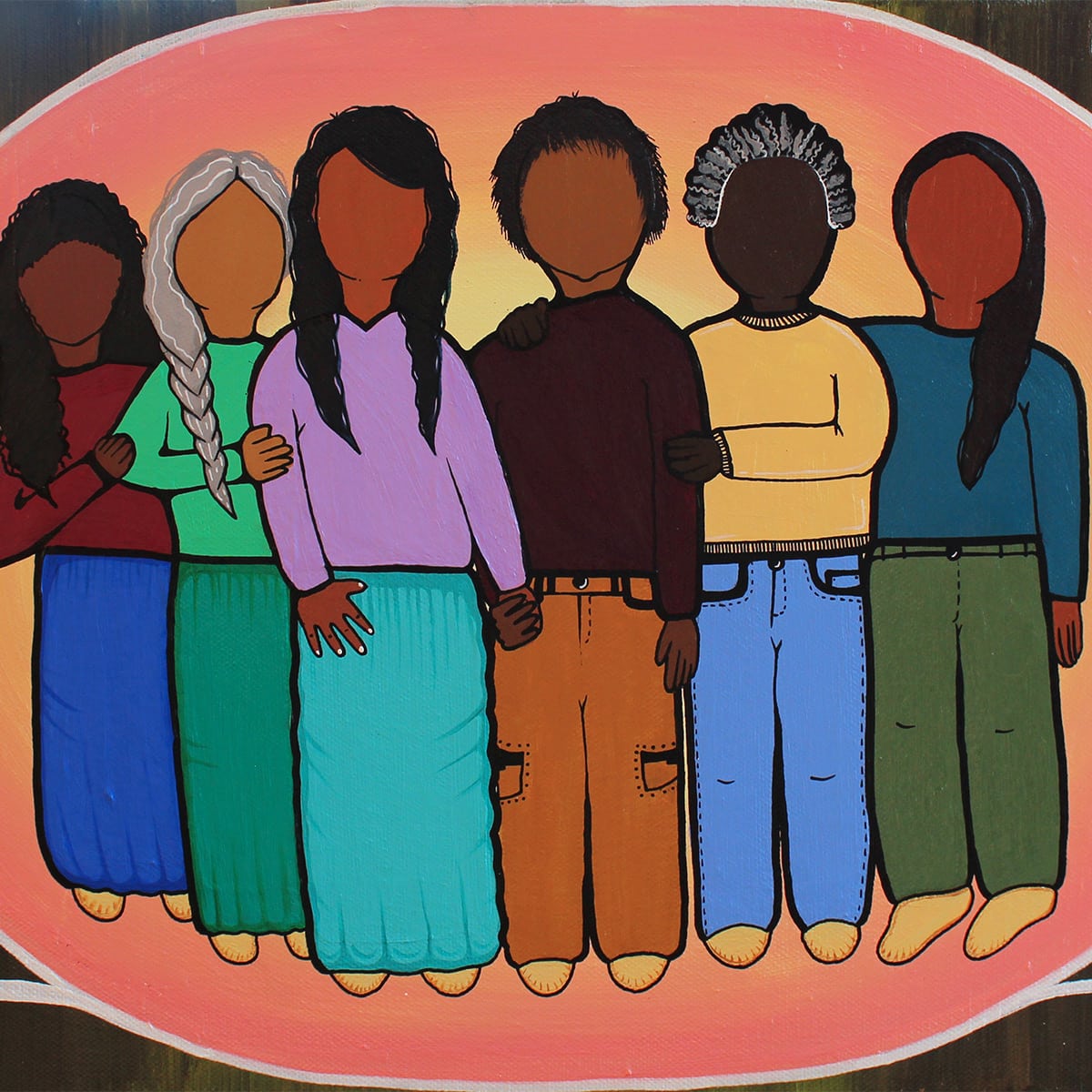 Animikiik’otcii is a 25-year old mother and artist, born and raised in Toronto. Although she has deep roots on her father’s side in Kitchenuhmaykoosib Inninuwug First Nation, Animikii was born and raised far from her father’s birthplace, in Toronto, Ontario.  Since a young age, her family brought her to ceremony, including sharing circles, sweatlodge, dancing jingle in powwows as a child, speaking to and with her in her native Anishinaabemowin.

During high school she attended the Native Learning Centre, which introduced her to the 7th Generation Image Makers of Native Child and Family Services. For the last few years she has been enrolled in cultural and community centred art programs through 7th Generation.

At the age of 22 she decided for the health of her family and herself she would stop using alcohol. She sought help from the Aboriginal Services at the Centre for Addiction and Mental Health in Toronto. She received her Strength Name and took part in and successfully completed a three-week intensive program as an outpatient.

Through this program she was able to access traditional knowledge, culturally centred healing methods and practices, and made connections with the helpers at Soul of the Mother in Six Nations where she has completed two fasts and attends seasonal ceremonies.

Animikii’s older sister is a midwife at Seventh Generation Midwives Toronto. Animikii was also a client of the same clinic throughout her pregnancy with her daughter. She takes part in their weekly community and cultural based program, The Baby Bundle Project. There she has learned how to bead and sew. She has created wearable pieces for babies in remote communities, and spends time with members of her community from newborn babies to Elders.

Currently she is doing an artist residency at the University of Toronto Scarborough in partnership with 7th Generation Image Makers. Animikii’s love for her community and Indigenous American community at large grows the more she learns and makes connections. 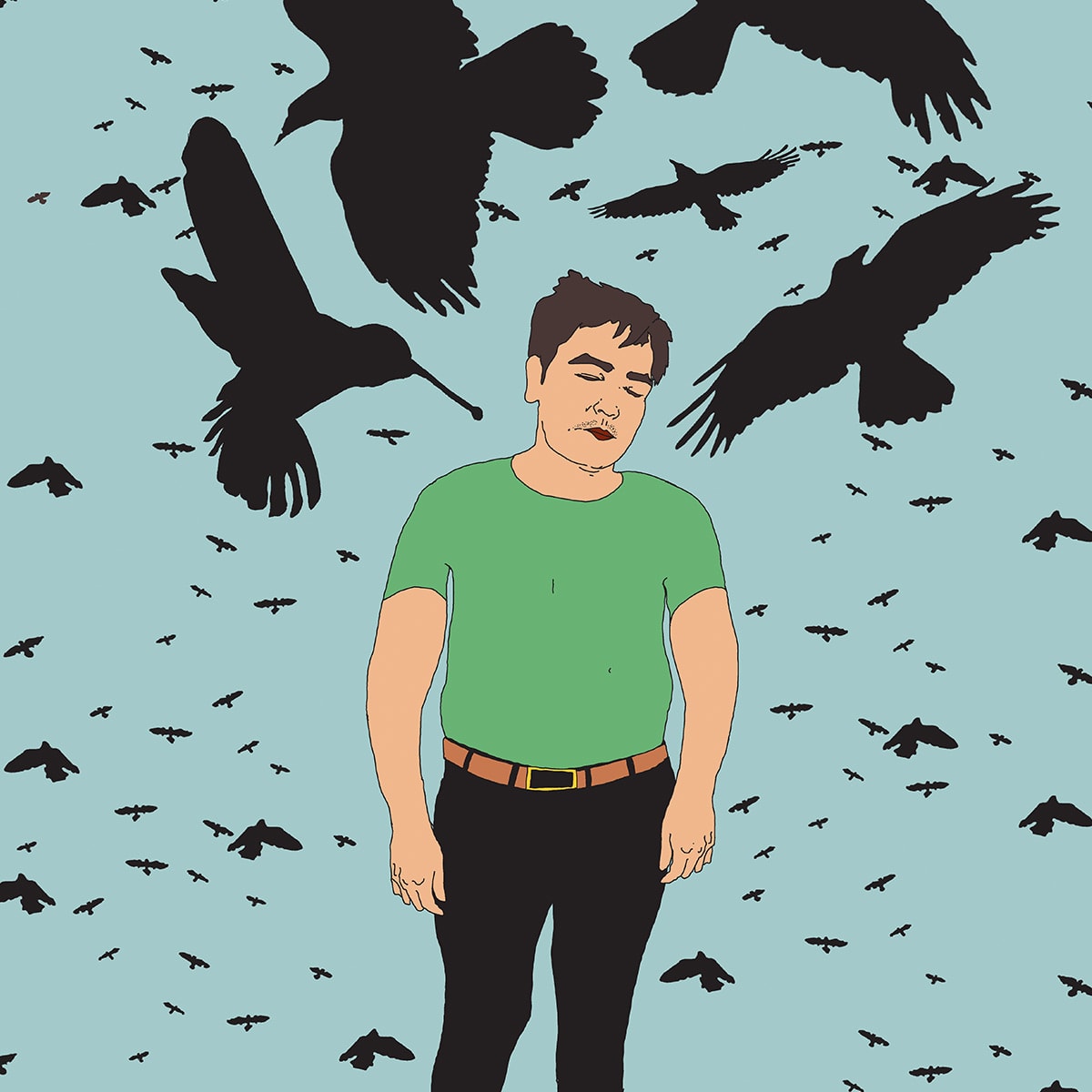 Fallon is an Anishinaabe interdisciplinary artist. He is from Couchiching First Nation from the Grand Council of Treaty #3 Territory.

Fallon’s work interrogates state violence and mental health in so far as it is perpetuated on to Indigenous bodies. His practice is comprised of memes, videos and GIFs. Fallon is also a human rights advocate for ending gender-based violence and substantive gender equality.